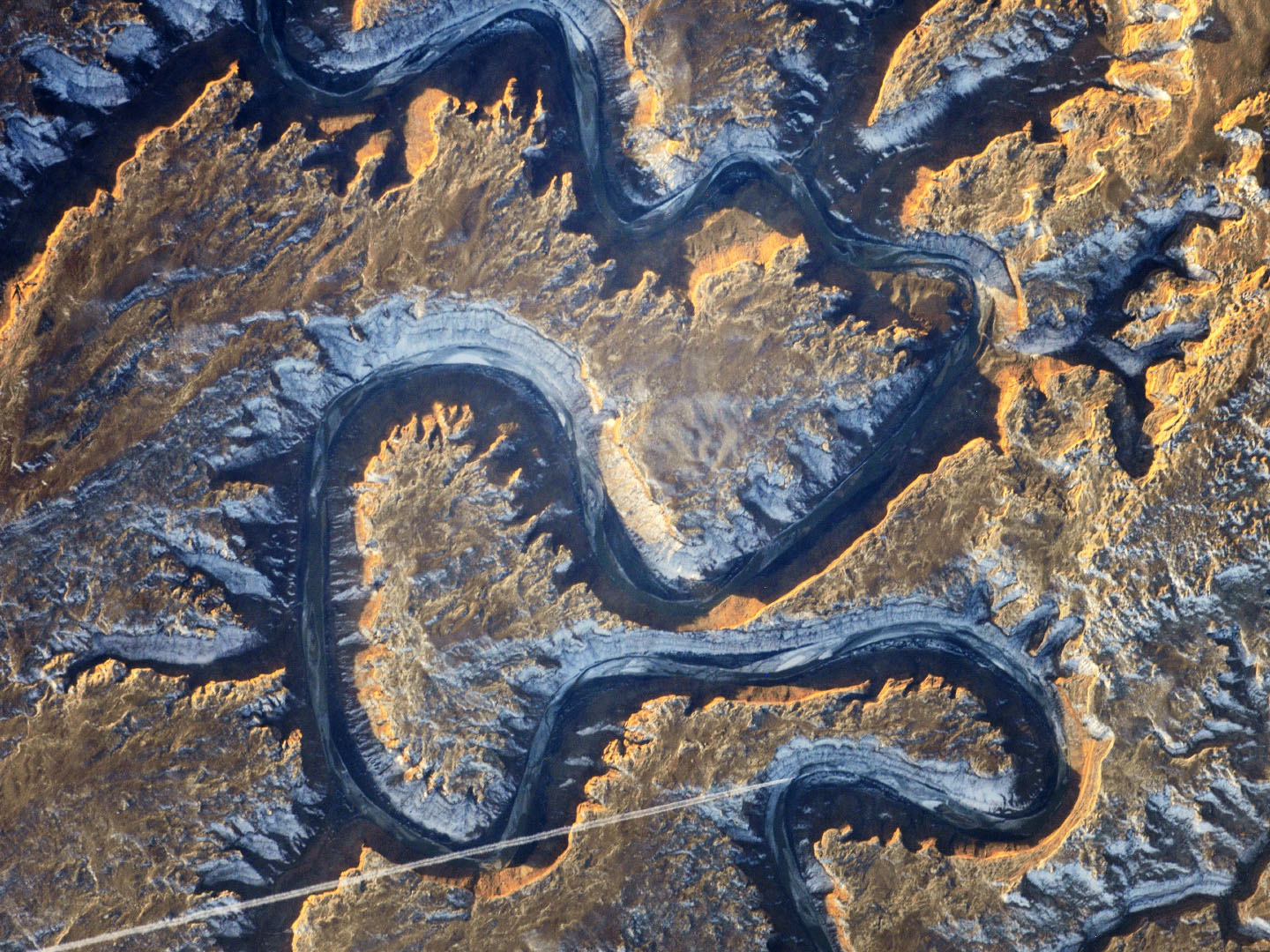 Wired has a slideshow of NASA’s best images of Earth that I’d recommend you to check out if you enjoy images from space! Below is a picture of the spectacular Bowknot Bend of the Green River in Utah (USA), as taken by an unnamed astronaut on board the ISS using a Nikon digital camera and 1000mm lens. … END_OF_DOCUMENT_TOKEN_TO_BE_REPLACED

The title pretty much sums it up: END_OF_DOCUMENT_TOKEN_TO_BE_REPLACED

Wired has a gallery of ten iconic images of our planet from space, three of which are displayed below – enjoy! END_OF_DOCUMENT_TOKEN_TO_BE_REPLACED

Apparently, Iranian officials have decided to build a service to counter the success of Google Earth, which is described as a website that “was designed and built by the global arrogance for espionage purposes and to gather information from other countries” (Brigadier-General Mohammad Hasan Nami quoted in a Mehr news agency report). The new website … END_OF_DOCUMENT_TOKEN_TO_BE_REPLACED

Living in Switzerland you don’t get to experience many weather phenomena as dramatic as hurricanes and tornados. However, a former colleague of mine investigates the movement patterns of hurricanes to find similarities between individual storms. And in 2004, I was professionally dealing with hurricane Ivan. Ivan was a Category 5 hurricane and is, apparently, the 10th most intense Atlantic hurricane ever recorded. Back then we ordered a Quickbird image (and were lucky enough to get one without too much cloud coverage) and did both a qualitative and quantitative damage assessment of Grand Cayman Island.
These have so far been my only exposures to the study of extreme weather events and, specifically, to the analysis of storm-induced damage captured by means of remote sensing. But some days ago NASA’s Earth Observatory has released a stunning image of a tornado track (of one of the several tornados which have struck Massachusetts in early June 2011) that is well visible from space. Head past the break for the image and more info.

END_OF_DOCUMENT_TOKEN_TO_BE_REPLACED

Above picture shows a potato-shaped earth. It’s called a geoid and shows the actual (but highly exaggerated) form of our planet. The surface of potato earth represents the form of an ideal surface which water would adopt if it covered the whole earth and if there would be no currents induced by tides or wind. … END_OF_DOCUMENT_TOKEN_TO_BE_REPLACED